If everything goes right engine will be running next week

NGL this looks very promising, it sure is gonna be a ripper !( Right after the quarantine ofc duh )

Glad the B36 is alive and well! Though it's not particularly optimized for track days yet, at least we all know it's ready to roll at all times

And wew nice progress on the E46, looking forward to the final result

Yeah, it gonna be a ripper with 500hp

BigSmoke wrote: ↑
04 Apr 2020 05:17
Glad the B36 is alive and well! Though it's not particularly optimized for track days yet, at least we all know it's ready to roll at all times

And wew nice progress on the E46, looking forward to the final result

Thanks, mate, only E36 is mine E46 is for @NotPerfect
Top

Yeeey, howdy?
Let’s do something on cars cuz in this whole quarantine I’m bored to death hehe.

For now, I must finish building RB25, I’m running quite late on my schedule, shop send me head gasket and I can close block, now it’s a time for some new intake with 731cc Bosch injectors and exhaust manifold 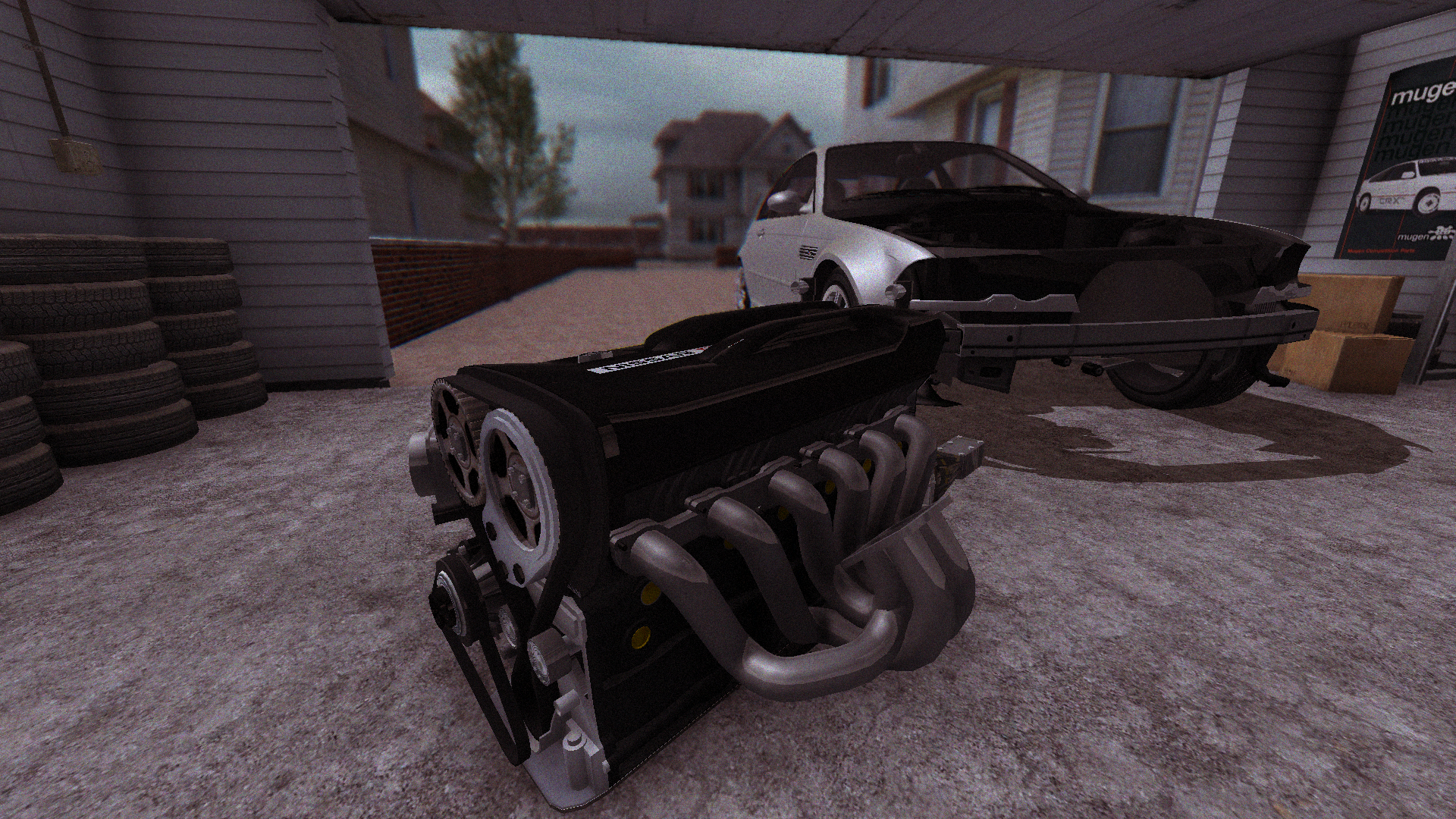 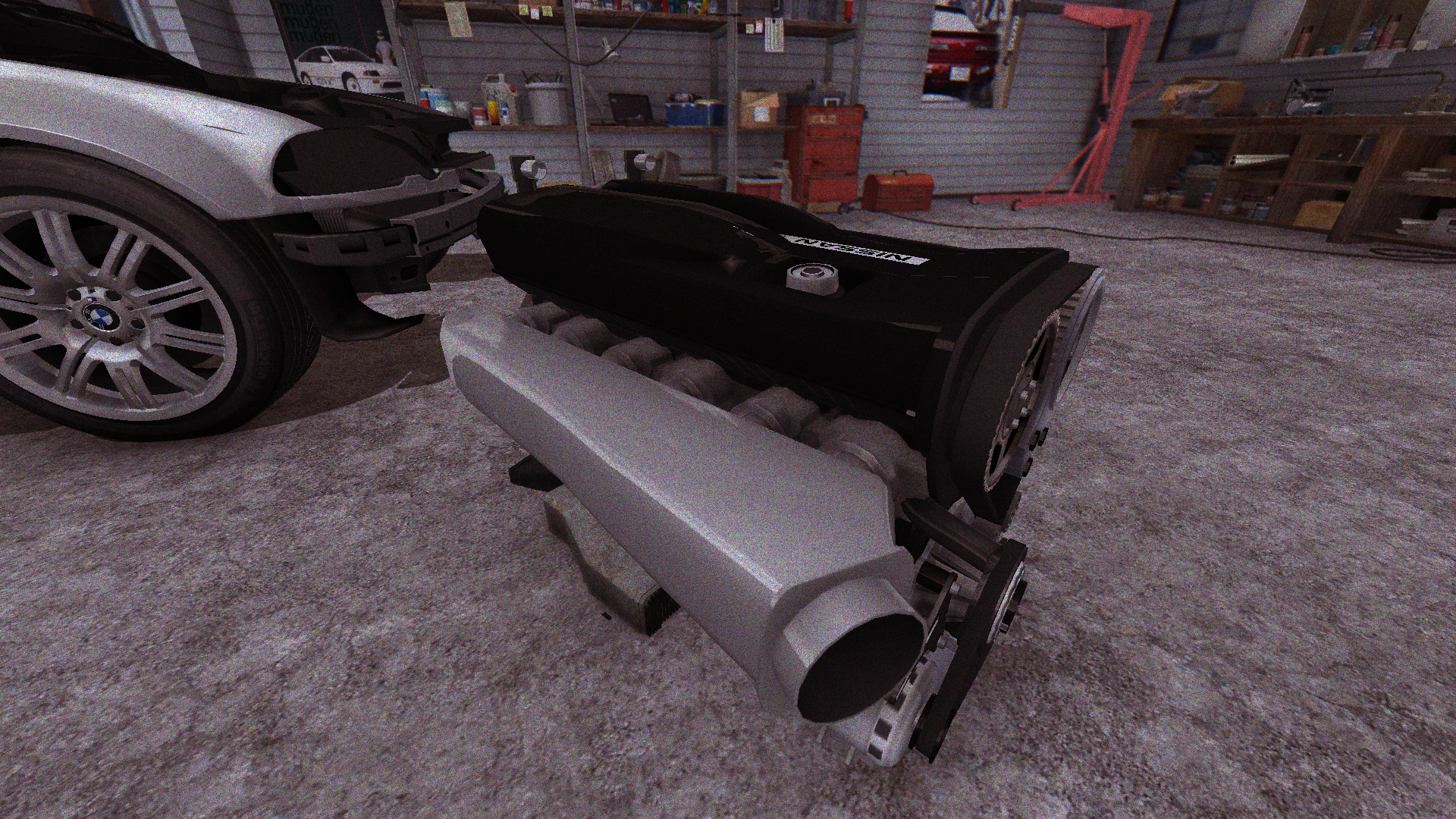 And now its a time for turbo, I’ve rebuild this HX35 and fit it to its new home, look at that it looks awesome! 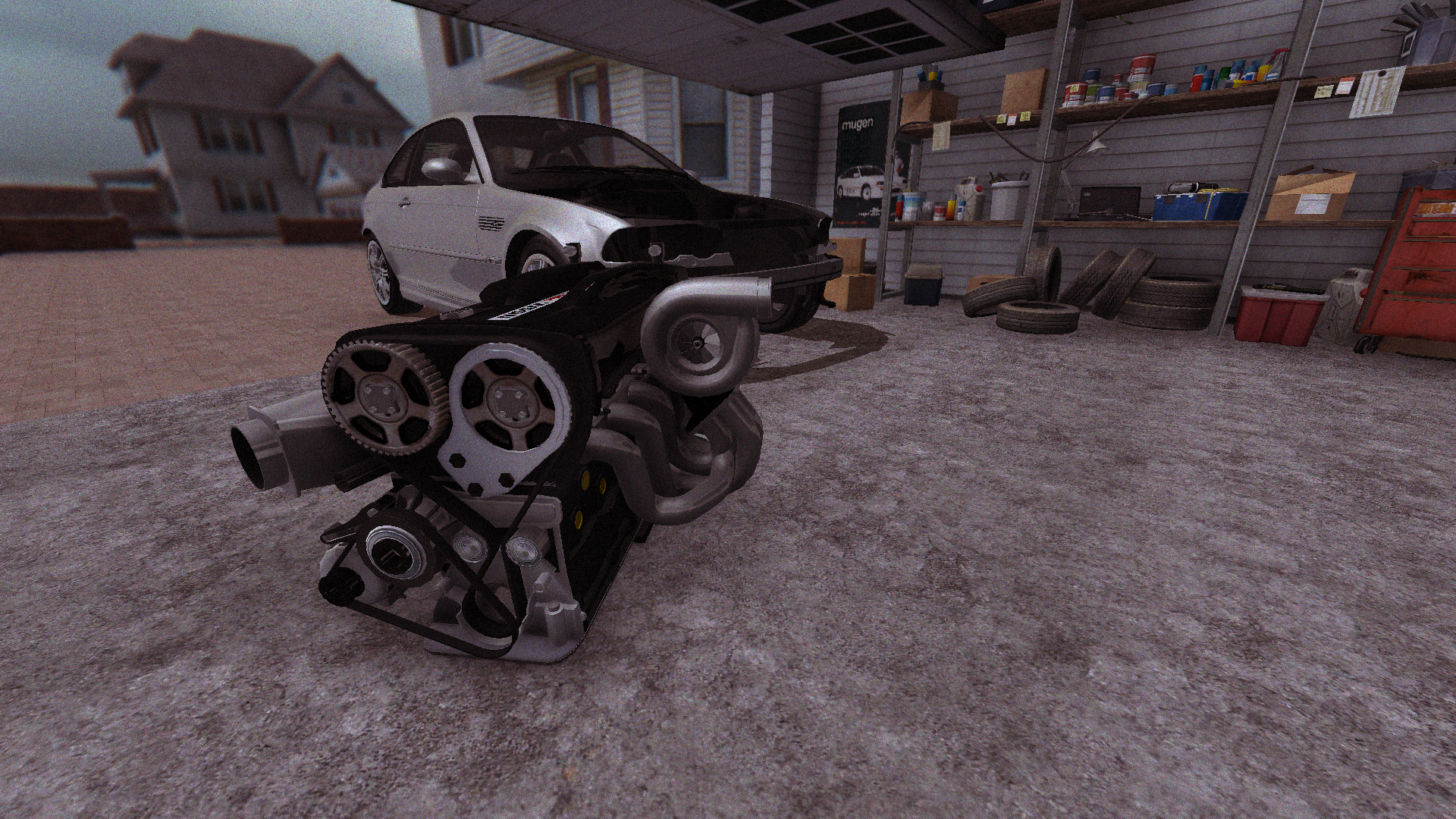 Flywheel and clutch are mine Stage 2+ and Chromoly flywheel, trans same form my RB20 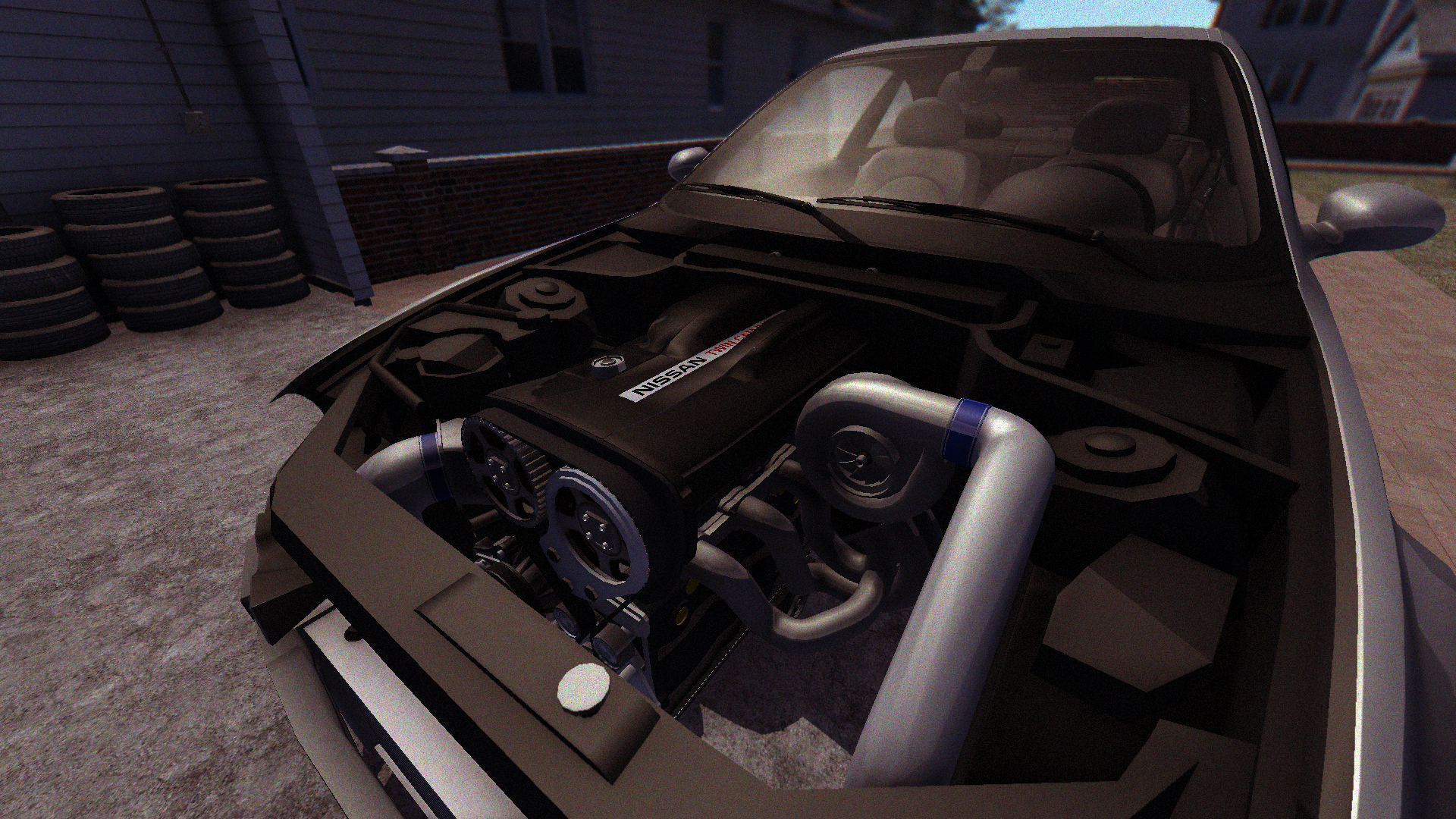 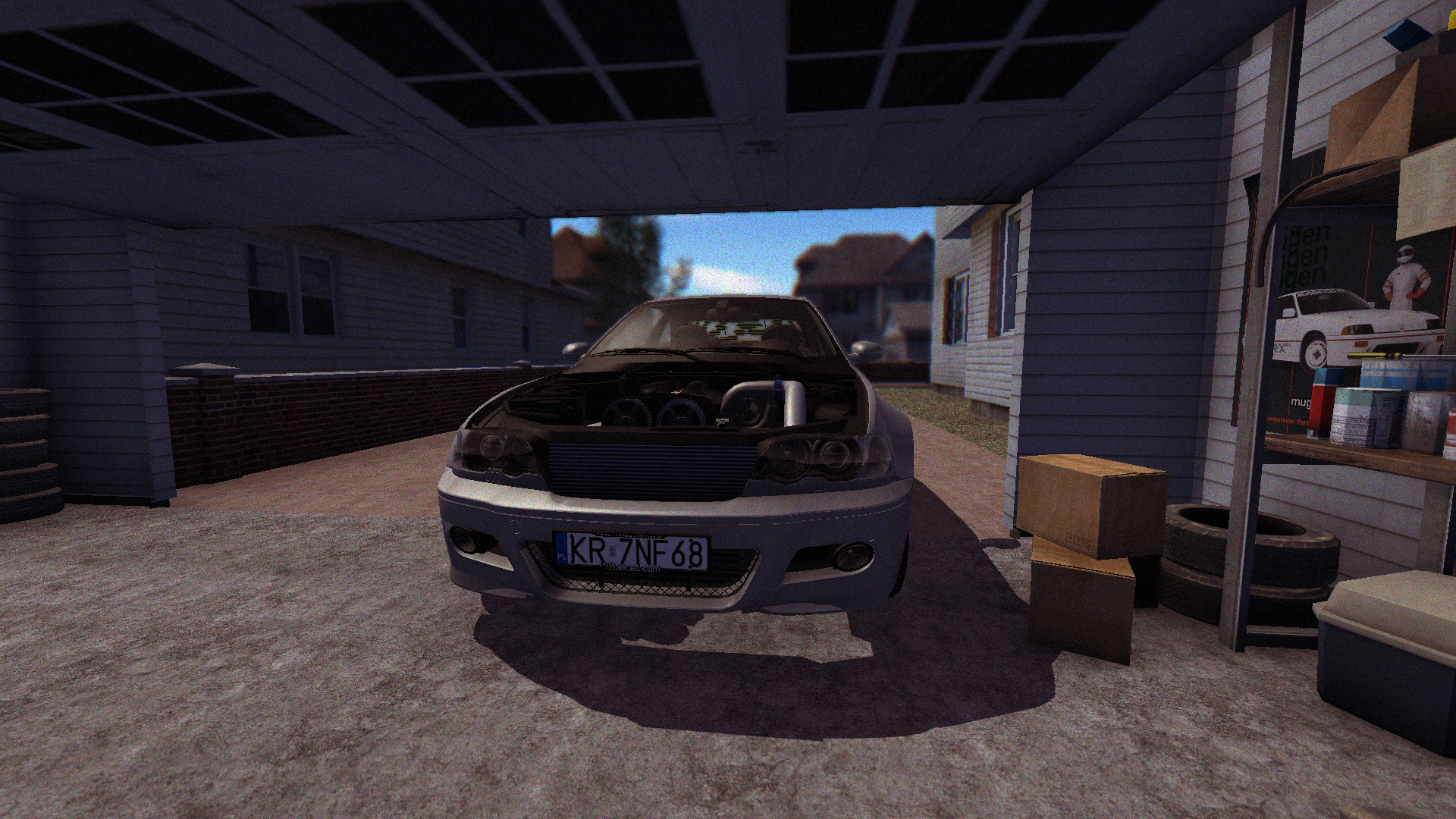 Yeah next was wiring I love it hehe, everything went quite easily, I forgot about one grounding point and that was a hard task to ad heh

Now I tried to start the car but nothing happened, I’m so stupid ECU was loaded with RB20 map… after a few tweaks engine started, for now, stock e46 pump is sitting in a tank, tomorrow I will replace it for two Bosch 044 ones.

Now I need to break in that engine so I’ve stared it and left it to fully warm up and in meantime, I did some work to 36, stock seats and steering wheel went out.
Top

That RB is looking sweet!
RB in a e46, thats something i havnt seen before, cool 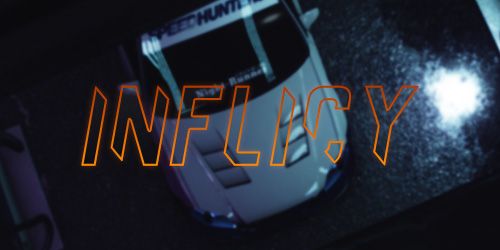 RB25 in an E46 is definitely a very interesting choice of engine!
But, not complaining, its probably gonna PARTY with that RB under the hood! Keep it up man

that was @NotPerfect idea hehe


NotPerfect wrote: ↑
07 Apr 2020 21:45
OwO ayyy more progress on the rb and it finally sits in the car and even runs owo daammnn I'm hyped bro hope all goes smooth from now after the ecu fail lmao

Now it runs and drives

Niatross wrote: ↑
09 Apr 2020 20:17
RB25 in an E46 is definitely a very interesting choice of engine!
But, not complaining, its probably gonna PARTY with that RB under the hood! Keep it up man

Yeey, it will party like m....... heheh
Thanks, but for more progress look into @NotPerfect garage

Ahh,hello hello, as you see my biggest enemy is continuity hehe
But let's get to @NotPerfect E46 build, what’s new. I’ve towed car to my frends shop to modify E46 drive shaft to cope with RB transmission, and reinforce subframe mounts. After that i’ve mounted big head E46 M3 diff.
In the beginning you can see E46 didn't have a rear bumper, so i went on allegro and bought M3 copy for 400pln 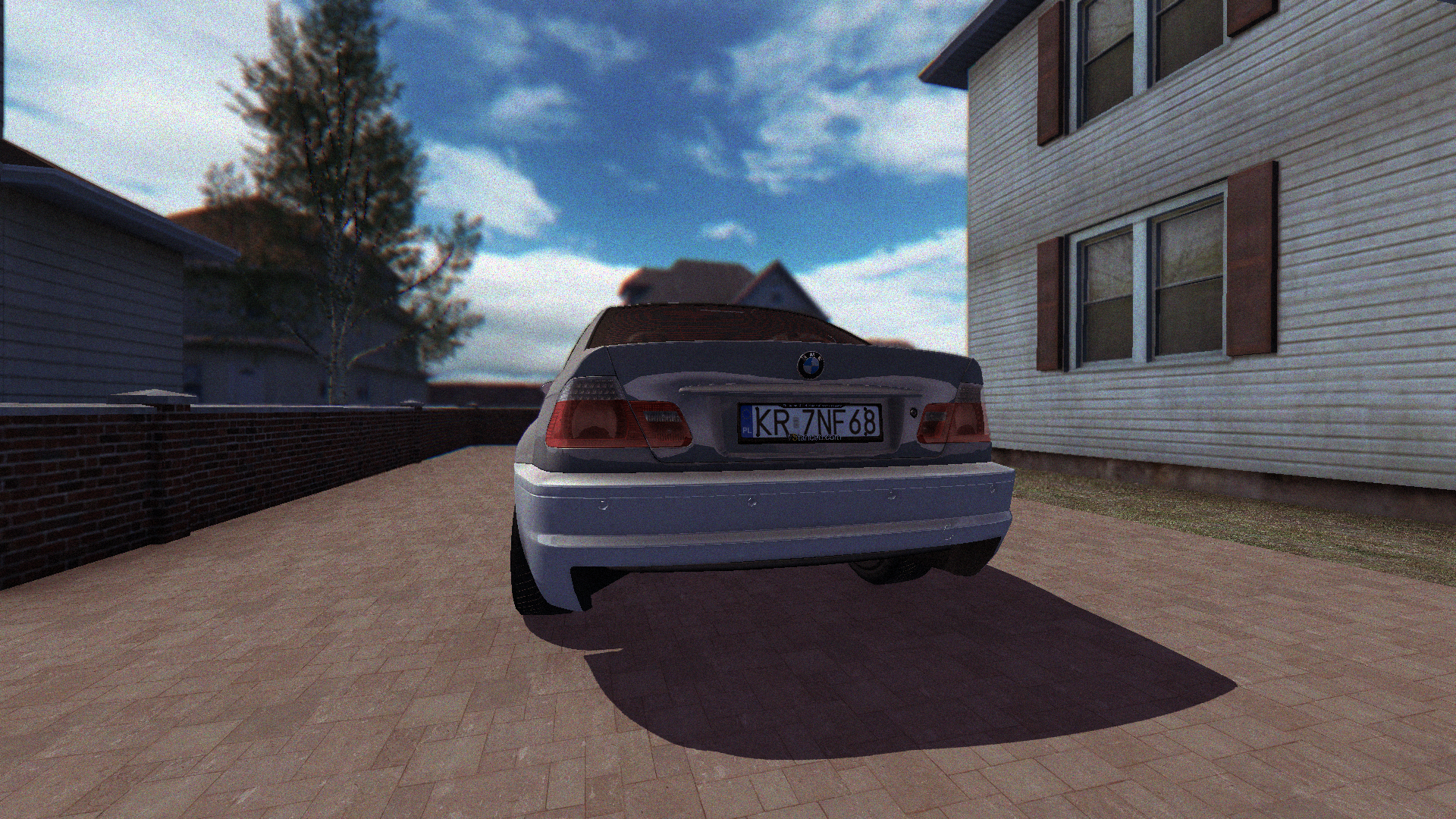 Let’s get to exhaust, car will be kinda street legal, so 3’ sport 200cel cat and two 300mm straight thru mufflers are fitted, I’ve tried to mimic the look of M3 so quad exhaust tips, whole thing took me about 4-5h to measure and weld 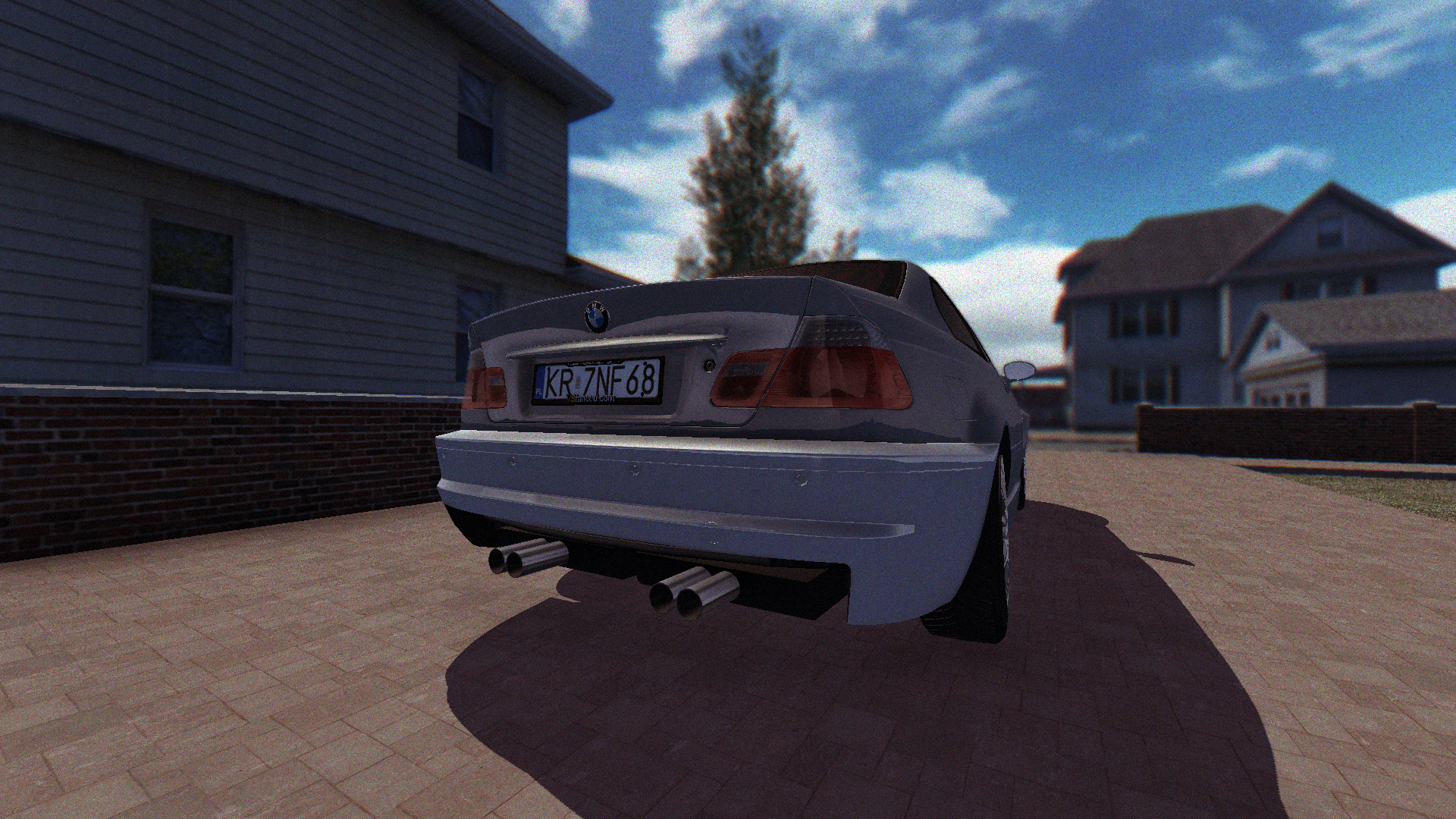 After all that work, i’ve made whole new map base on RB25DET one, i’ve drove it whole week and travel around 300km, so now it’s a time for new oil and filter, i chose to go with Motul 300V 10W-50, change boost form 9psi to 15 and adjust fuel timing.
Car still is a lag monster cuz VCT is not turned on. I’ve decide to go on a dyno for final tune. 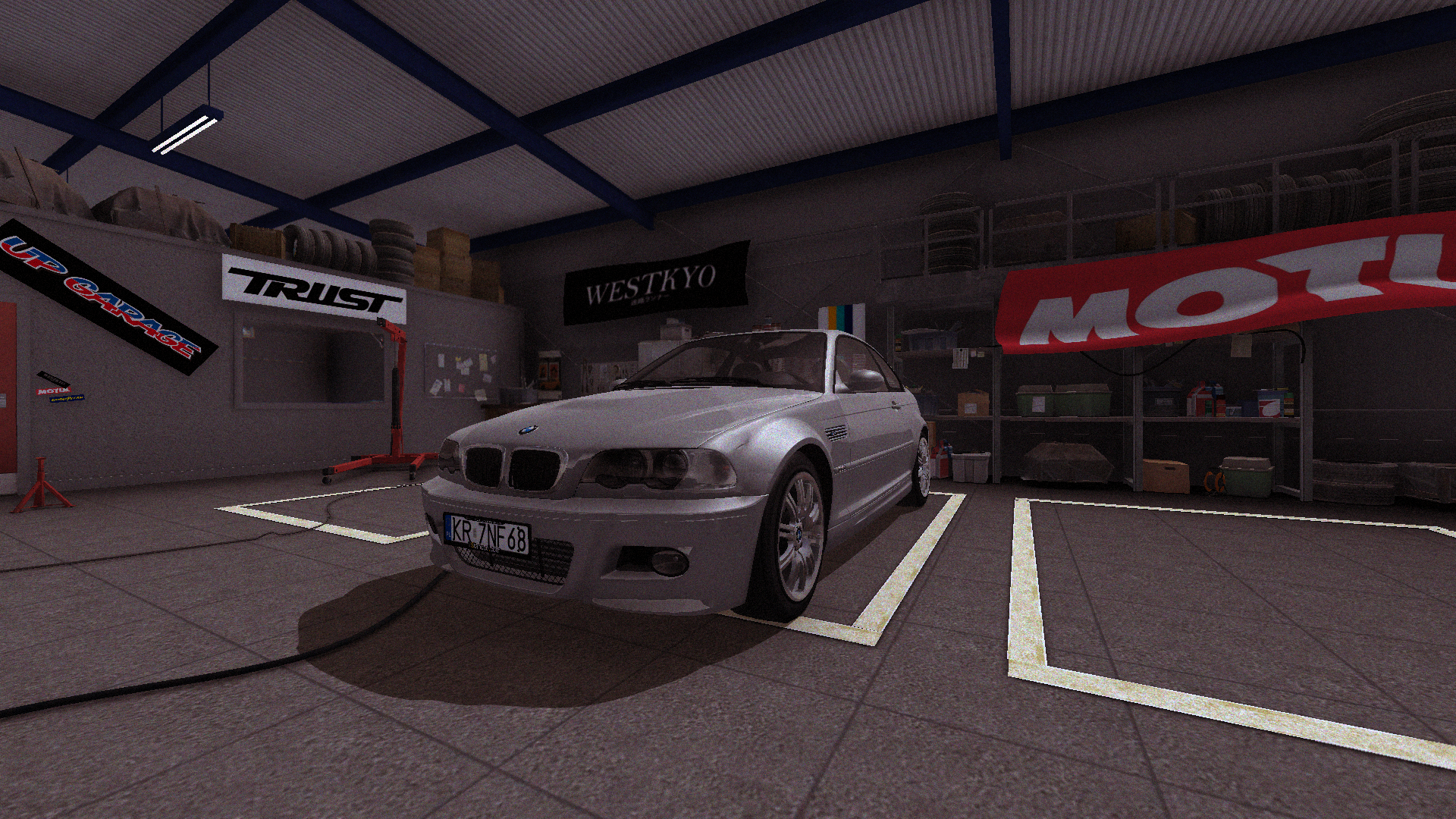 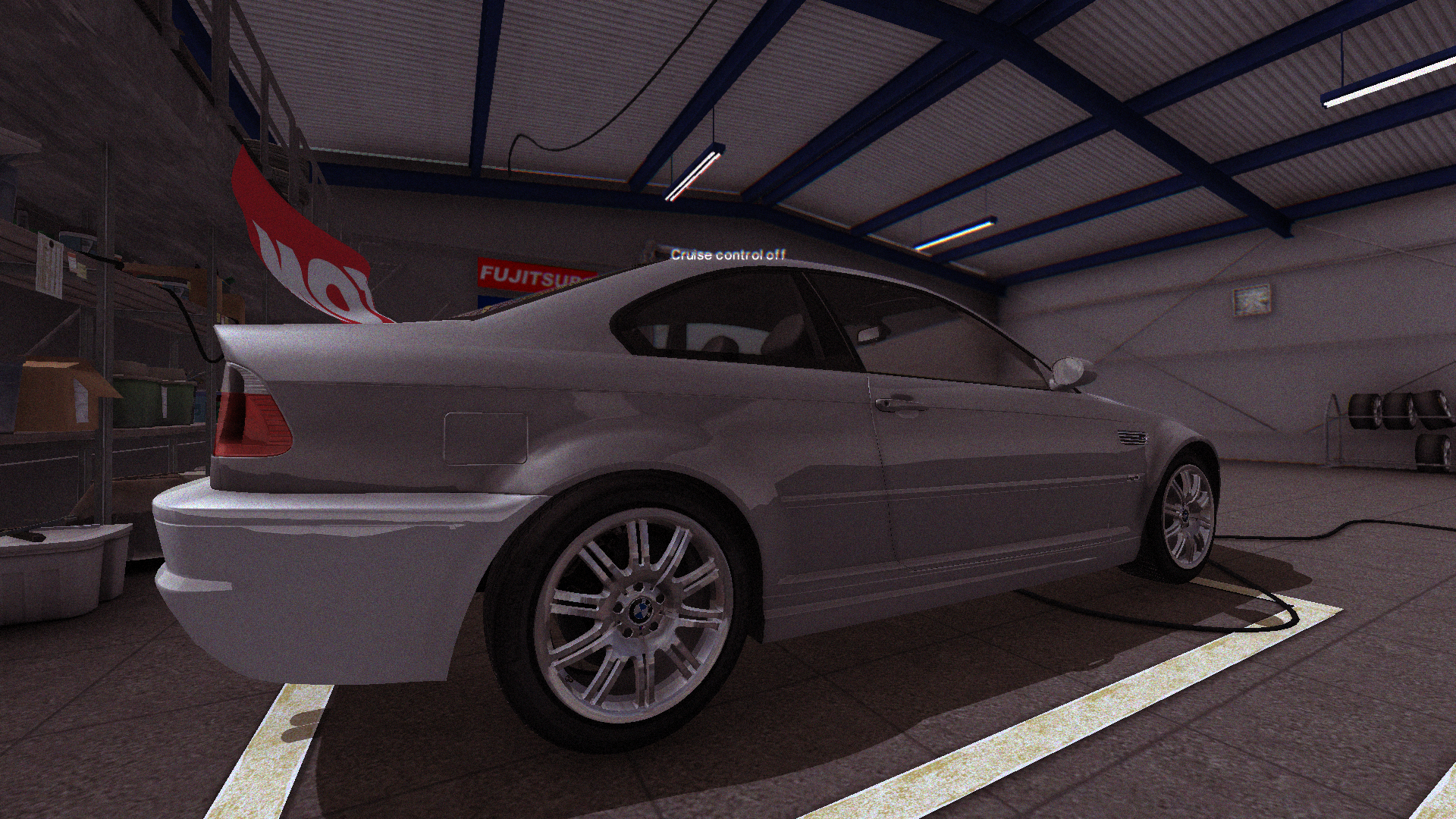 @NotPerfect get redy for the bill hehe, On monday tow company will take car to Gdansk and ship it to you 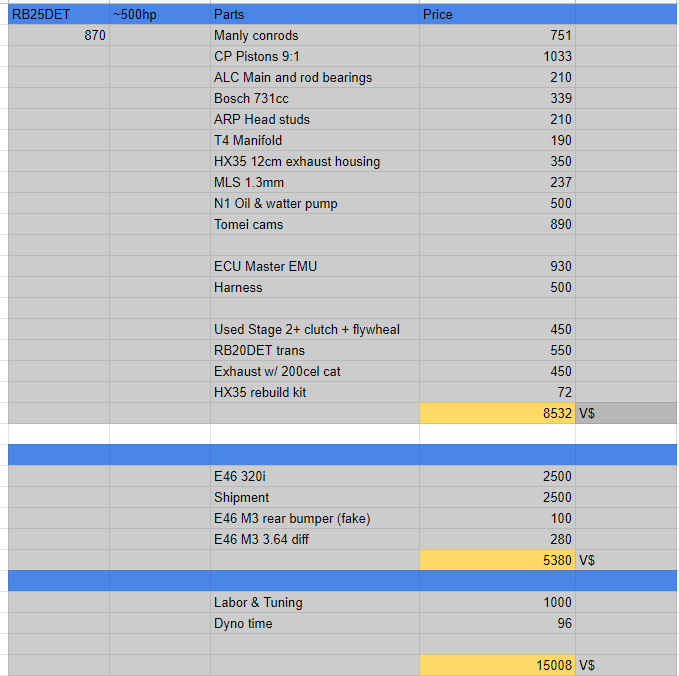 OwO aaayyy the e46 is done damn the rear be kinda hot ngl and thank you so much for doing all the things but damn it was expensive lol. You should have your money by now can't wait for it to arrive uwu

NotPerfect wrote: ↑
18 Apr 2020 15:32
OwO aaayyy the e46 is done damn the rear be kinda hot ngl and thank you so much for doing all the things but damn it was expensive lol. You should have your money by now can't wait for it to arrive uwu

Yeey, working on it was a blast, it will arrived to you in 2-3weaks, ye I receive money

Probably in the future we can make more power form it

The E46 is looking great, I love the exhaust work on the rear! Definitely got M3 vibe to it

That was a plan to copy M3 look hehe, but it flows better than OEM M3 one

Great progress on the E46! Just a bit more and it's ready to roll on the streets

Yeey, I left some work to NotPerfect

Such a cool swap! I bet it moves pretty quick

Thanks! In a few weeks, you'll be able to check how fast it is in NotPerfect's RP

Yeah, finally I got a car in Japan, I know the whole COVID thing is F… my travel plans, but for now, I can build an engine for the car. After the whole virus thing is finally finished i will move to Japan cuz it’s kinda boring in here.


Let’s get some work, but what? First of all let's pull the engine form B36, you may ask why? hehe cuz i need MORE POWER BABY heh, I will refresh it more than last time I’ve only changed apex seals, I feel sied seals are crying form heaps of N2O
Next on the list is RB sorry… RD engine teardown, yes I bought RD28ETi, why? With heaps of machining and converting things I will build RB32DET base on RD28 block.
It sounds like a rad idea but also super hard and costs lots of money...


After this beautiful introduction let’s do some work, as I say, I want to start with 13B form 36 cuz it’s losing power and I need to repair it before I need to change the whole engine. 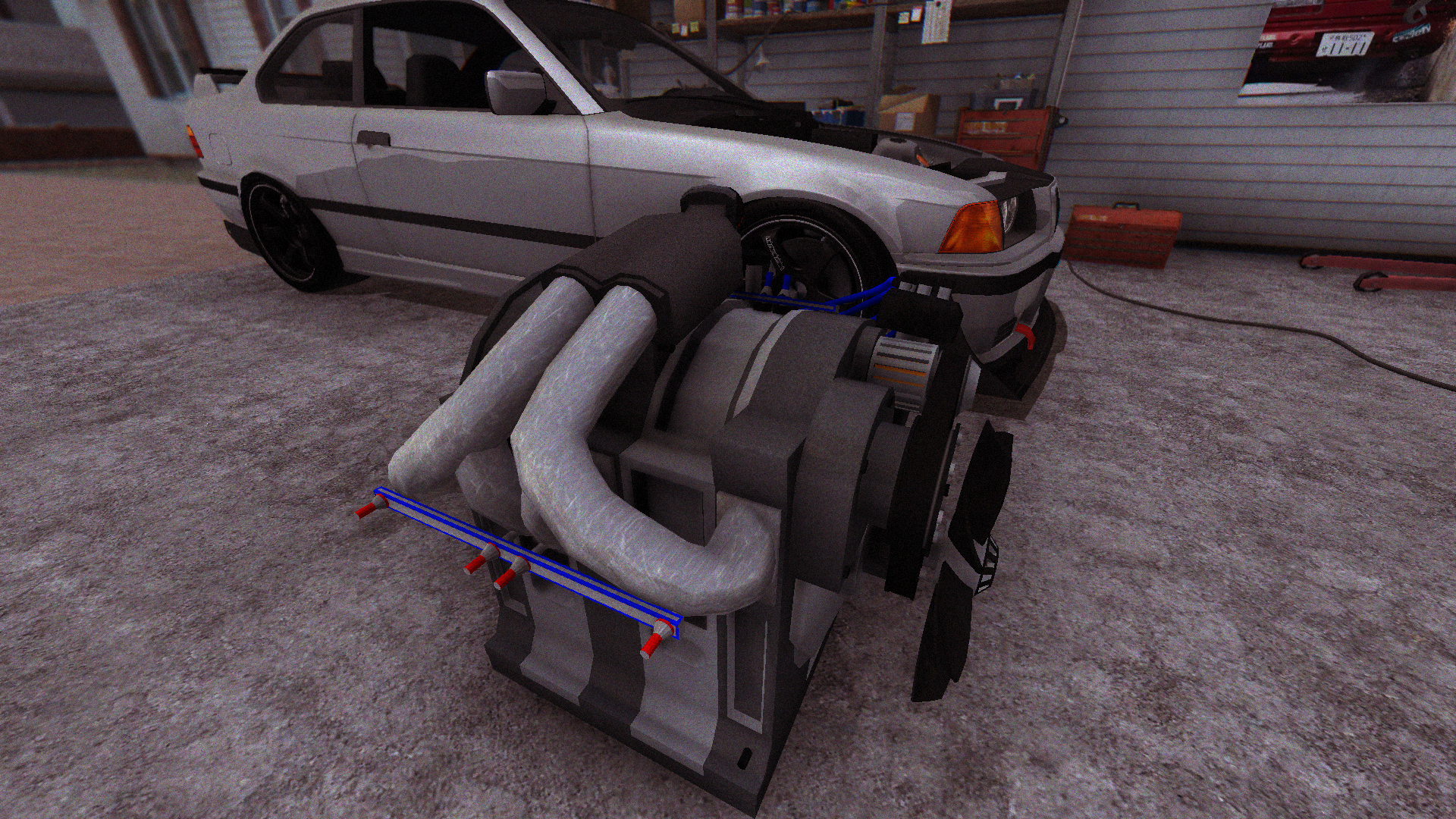 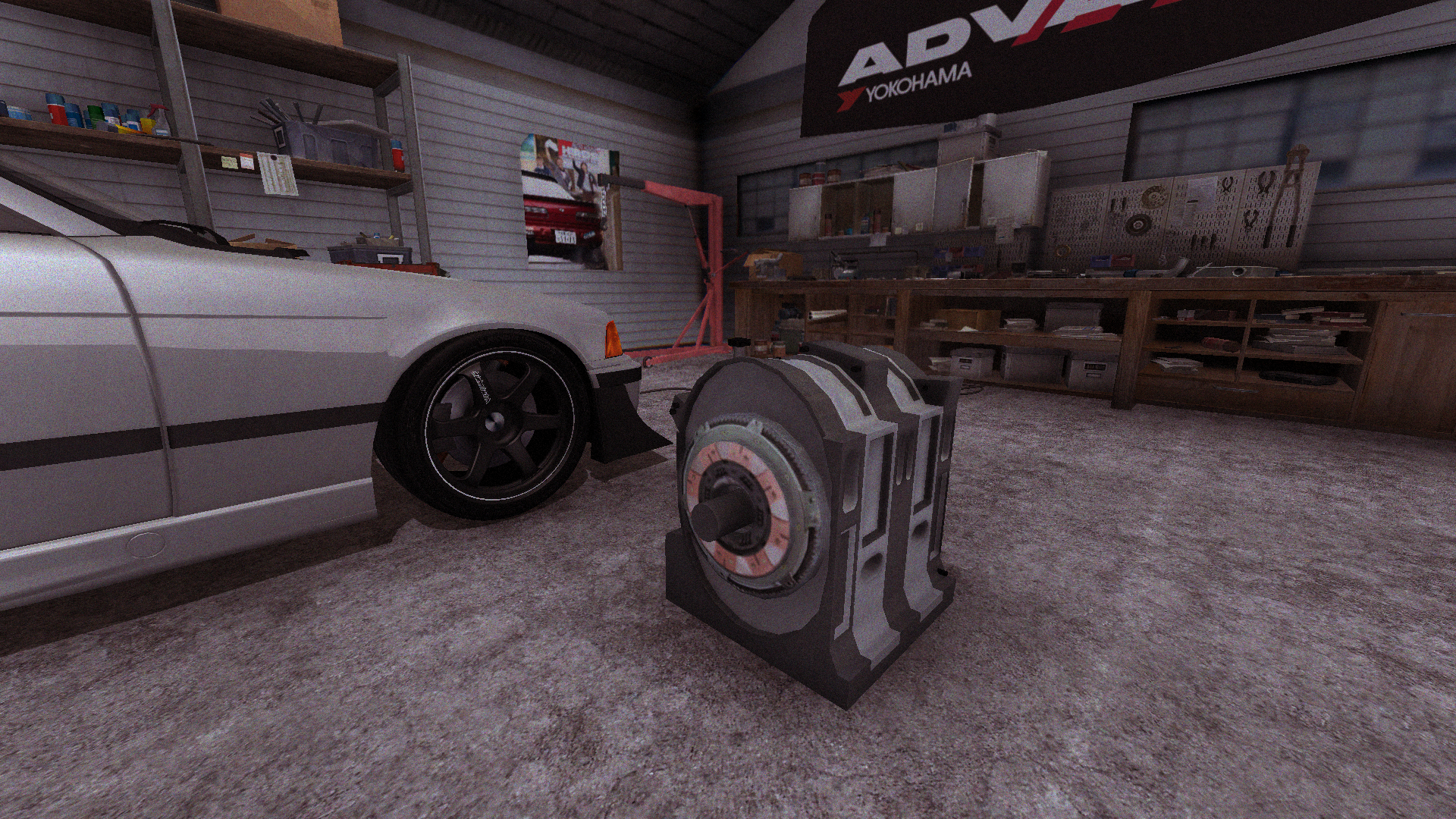 After few days new side seals and springs arrived, I’ve checked cranks bearings and ones inside rotors, they are looking good so I’ve decided to leave them in place, It can be a stupid decision but we will see.
But what I did for power gain? Port it to the moon hehe, What I mean by porting 13B, I’ve enlarged port openings on irons and make them smoother, I’ve removed common problem spot on 13B-MPS that is spot on exhaust port that isn’t machined and exhaust leftovers stays and can cause carbon build-up after that carbon build-up breaks from housing if you are lucky only housing and seals need to be changed but most time whole engine is trashed.
After whole reassembly using new o'rings and silicon seals engine was ready to go back to car.
The whole rebuild took me around 5 days sitting in the garage. Now is time for breaking it in so rev limiter is set to 4500rpm


I’will drive like that for around 250-300km and change oil, then I will do a proper tune on it, for now, I’ve just corrected map to 4500rpm and drive it on safe lambda values. For now, you can here that engine he's a big port cuz it braps like hell hehe

Now let’s get to a mysterious Japanese project car, my man @NotPerfect bought me R34 GT-R form @SimplifyHerb for funny 1750$ or something like that, being serious I don't remember the price but 2000V$ is going to @nNotPerfect.
Why it was so cheap? It has no engine, trans, 90% of the interior is gone, lots of things to do but that's a real project car hehe, almost building it from ground hehe.
Here are some pics from Add

My plans are a lil i would say big for this chassis, sadly it will be RWD but maybe that's not a downside we will see.
Now I don’t have access to car so let's make some steps towards driving it heh.
I’ve bought RD28 as I said earlier engine was removed from Nissan Patrol Y61, and the price was decent 3900pln it’s about 930V$. Probably the most expensive parts will be stroker kit and machining whole thing to fit everything. Bock bore must be enlarged from 85mm to 86.5mm but still, walls will be thicker than RB26 or RB30, top of a block also needs some work done to it, two oil galleries need some welding and machining same with water lines. I love Nissan for using the same bearing on RD and RB26 so buying stronger ones is easy same with head studs. 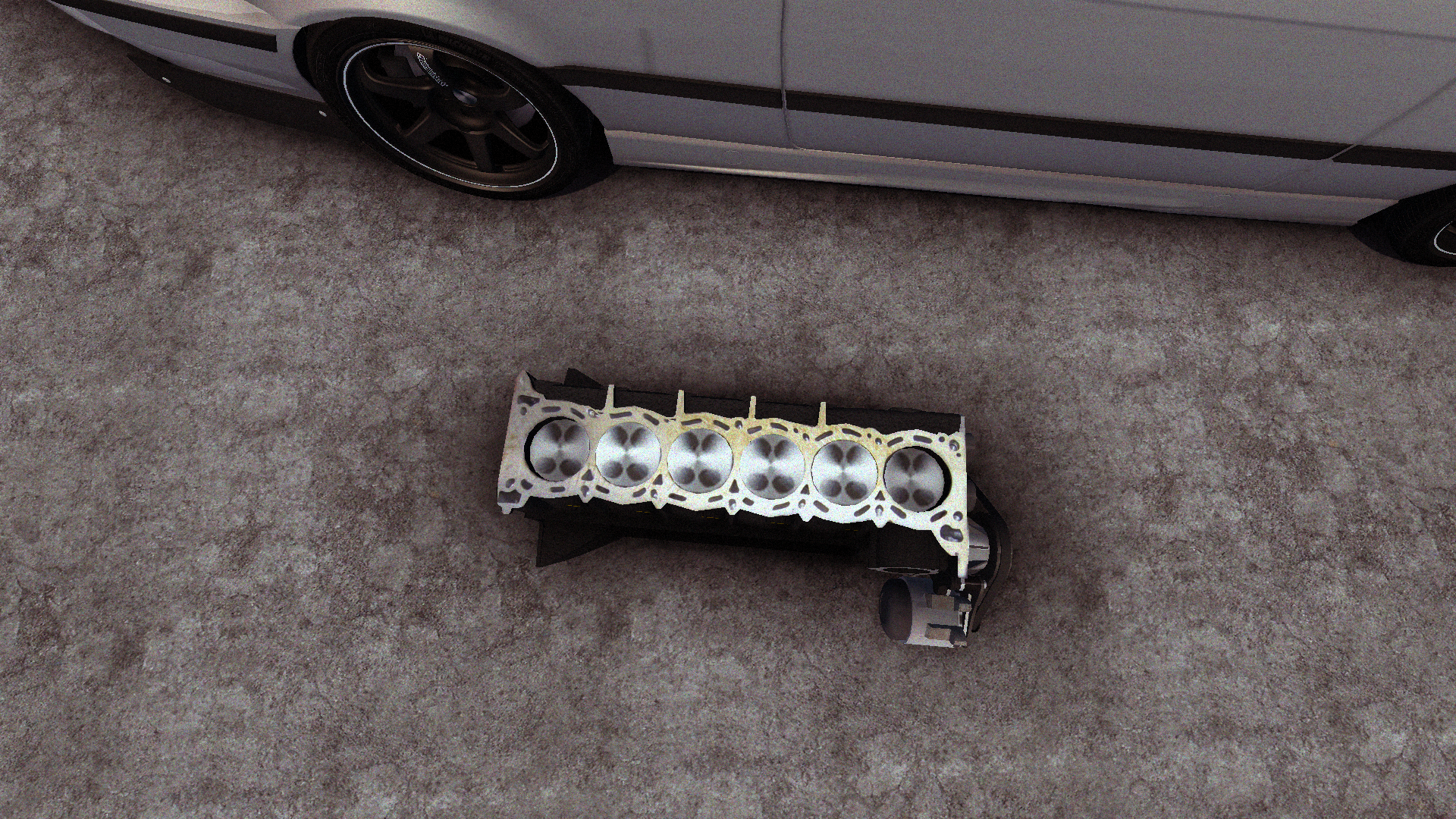 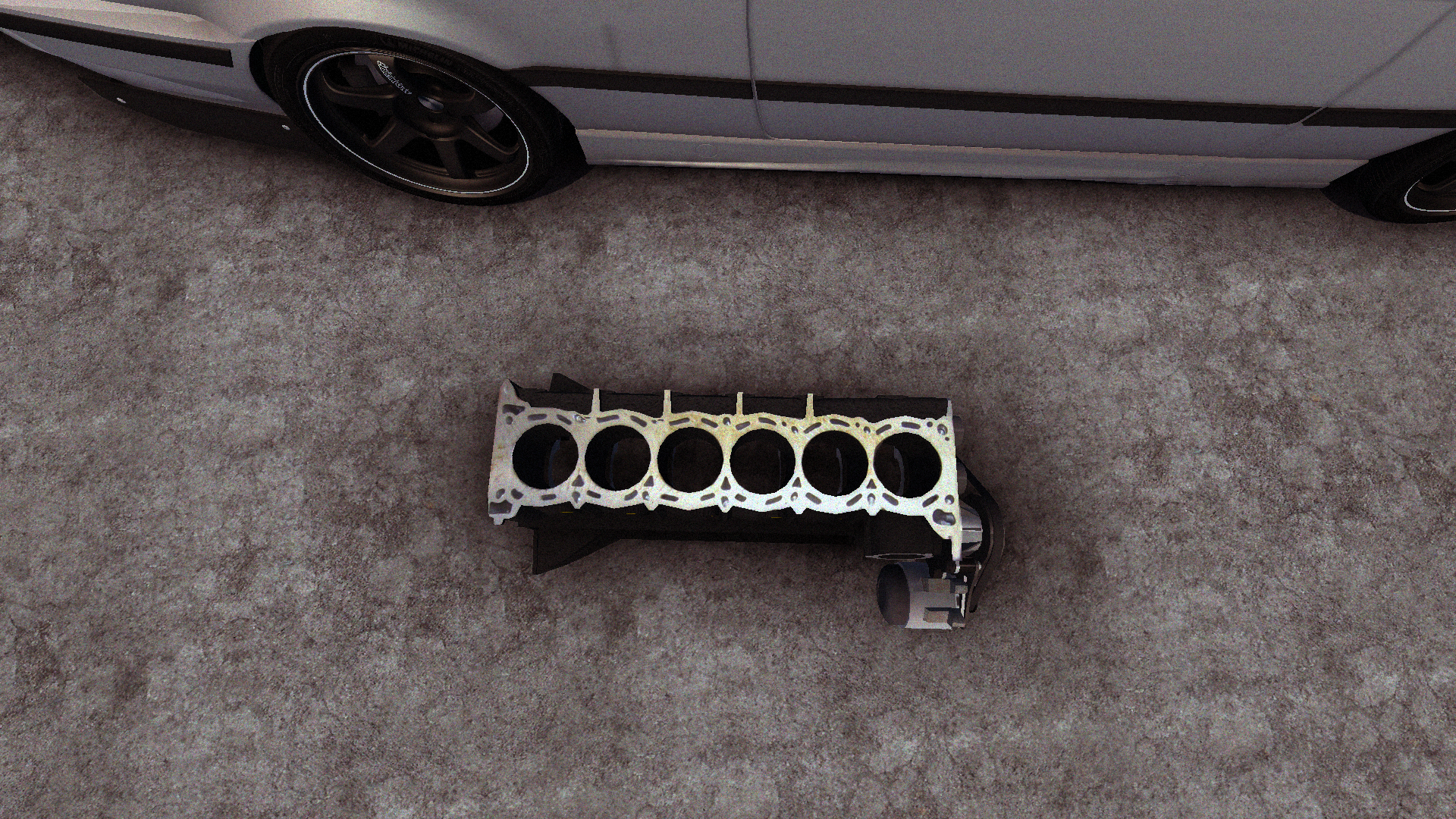 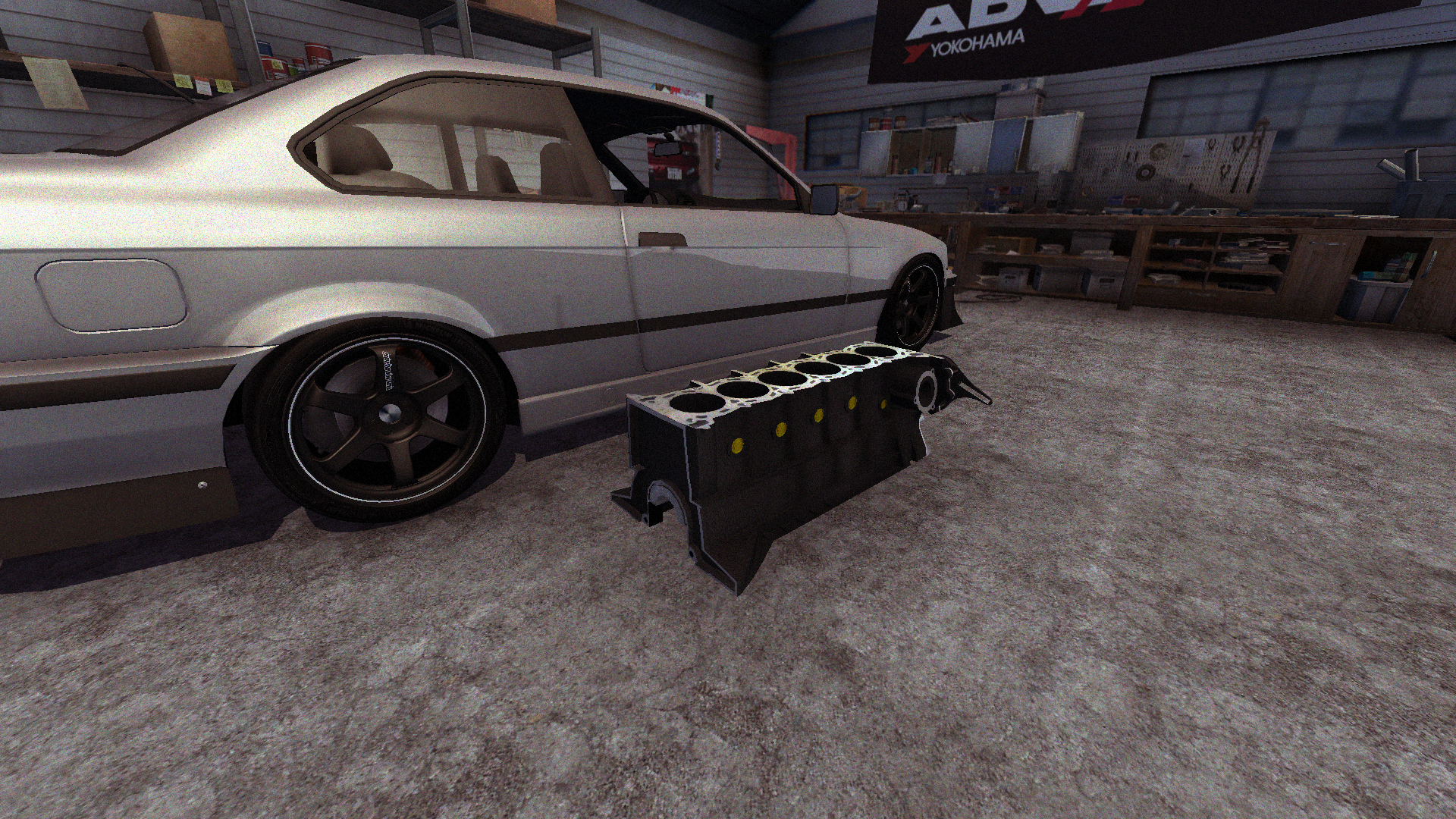 After that engine went to machine shop for machining bore form 85 to 86.5mm and all above modifications needed to run RB26 head. 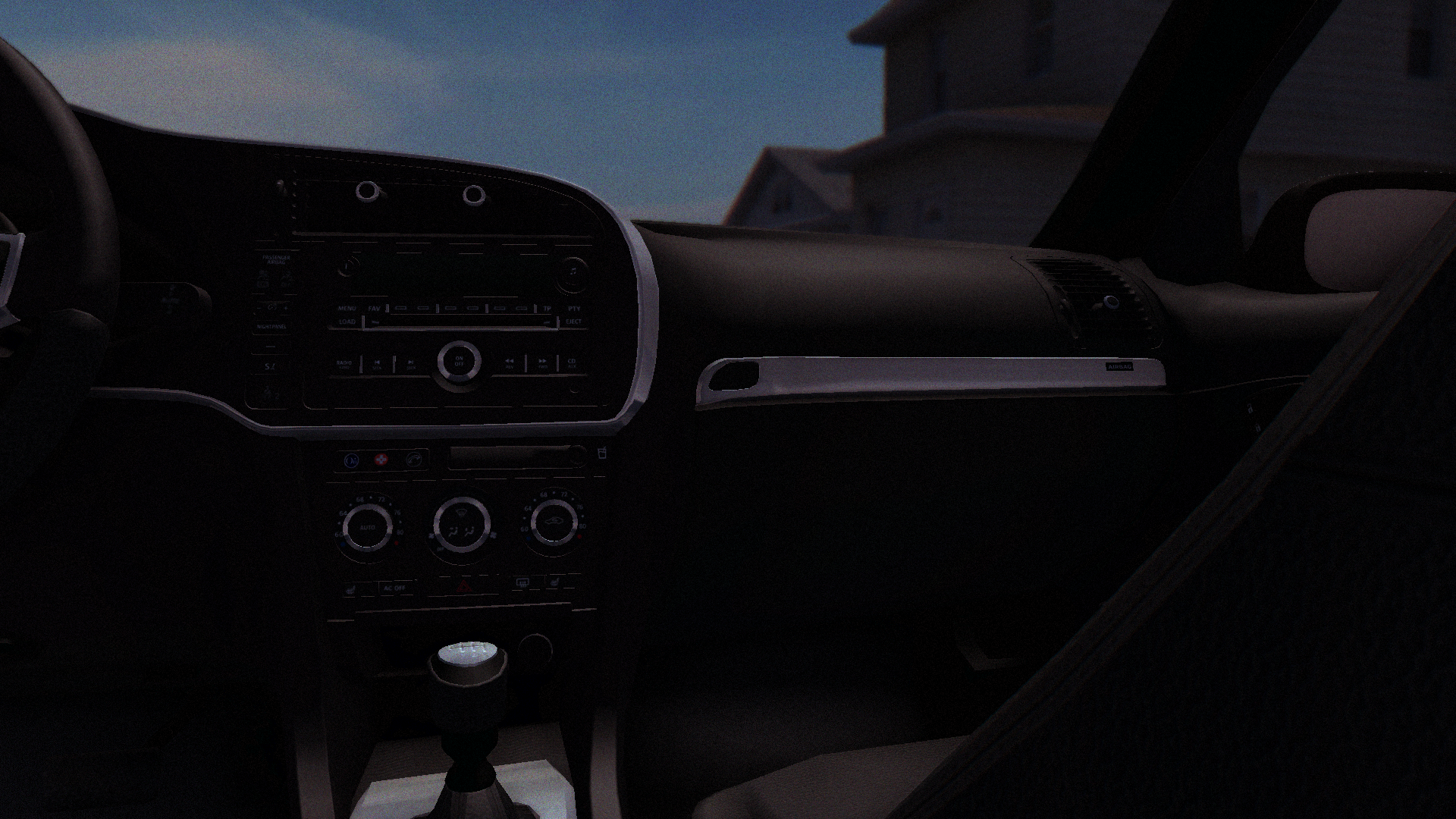 why haven't i seen your thread before?

You got some cool projects going on, that Rotary E36 looks promising

It's nice to see you keeping the rotary engine healthy and running. After all healthy power comes from a healthy, well-maintained engine

And WEW you're using a diesel block for the R34? Now this is absolutely interesting

This reminds me to the days of early Japanese tuning era, when everyone runs S30s on Yatabe and most of the build uses diesel crankshafts (usually from LD28) as a bore-up kit. And as you're saying, using diesel block (and probably cranks as well) would result in huge capacity as well, so all in all I'd say this is a brilliant idea. This also reminded me of my own cancelled plans of acquiring a diesel Chaser/Mark II for drifting

(Yes, they exists as LX100). Had to cancel the plan as my garage is quite brimmed already and I'm not sure if I can keep using and improving it.

Also hmmmmmm I wonder what would the new car will be?

Visit my RP HERE!
Or read it from the very beginning HERE!
Top
Post Reply
126 posts