Hey there! Long time no see!

It's about time for a new update behind the scenes of R-Style Car Shop.

But first of all - If you're new here and you want to read my story for yourself, go ahead and look at my old thread!

But I guess a small introduction wouldn't hurt anyways. Let's go through all the cars one by one!

This was the car that I first bought when I was starting with the rebuild of the old Contraband garage. It was an amazing deal and I just couldn't say no. I always wanted to know what it's like to drive and daily a rotary powered car.

Even though I never really ended up modifiying this thing to its fullest it ended up looking like this for now:

This is my most favourite out of the cars in my current collection. This is also the car that got the most changes out of all of them (atleast when writing this heh). If you don't know me I have to tell you one specific thing - I'm probably a way too big of an fan boy in terms of S-Chassis. Especially when it's a S13 Hatch. So it was pretty obvious that I had to get one pretty fast.

Since this had a couple more changes I'm going to show some more pics in the right order:

If you're wondering about some new modifications you see on this list I will talk about that in this exact update!
1995 Nissan Silvia K's (S14)

Oh yes. Another S14. lol. And yes. This is the exact S14 I was last talking about on the old site. This was the training "missle" by my buddy Randy from the US Military base down in Okinawa. This thing actually has a pretty cool history that I'm going to share in this update since this is the first time I'm actually showing more of it since I've bought it.

Since this thing is my "get as much seat time as possible in a reliable setup" sort of car there havent been any changes and there probably wont be. This thing has been at some very well known shop and I trust this setup a lot. I only added some stickers lol.

- Nardi Leather Steering Wheel
- Bride Brix Driver and Passenger Seats
But thats about if for now! I'm really proud of this small little lineup of cars. They all bring me some sort of joy in different ways lol. But I guess its about time for the actual update.

The shop itself is running very well! A lot of you guys are visiting A LOT and you spend WAY too much money here (weird flex but okay). It's so cool to see all the people from and around Tokyo coming to the shop to get their drift or stance cars inspected and getting some opinions on future changes and ideas.


Small Round Up of recent projects!
Niatross' 200sx getting a livery 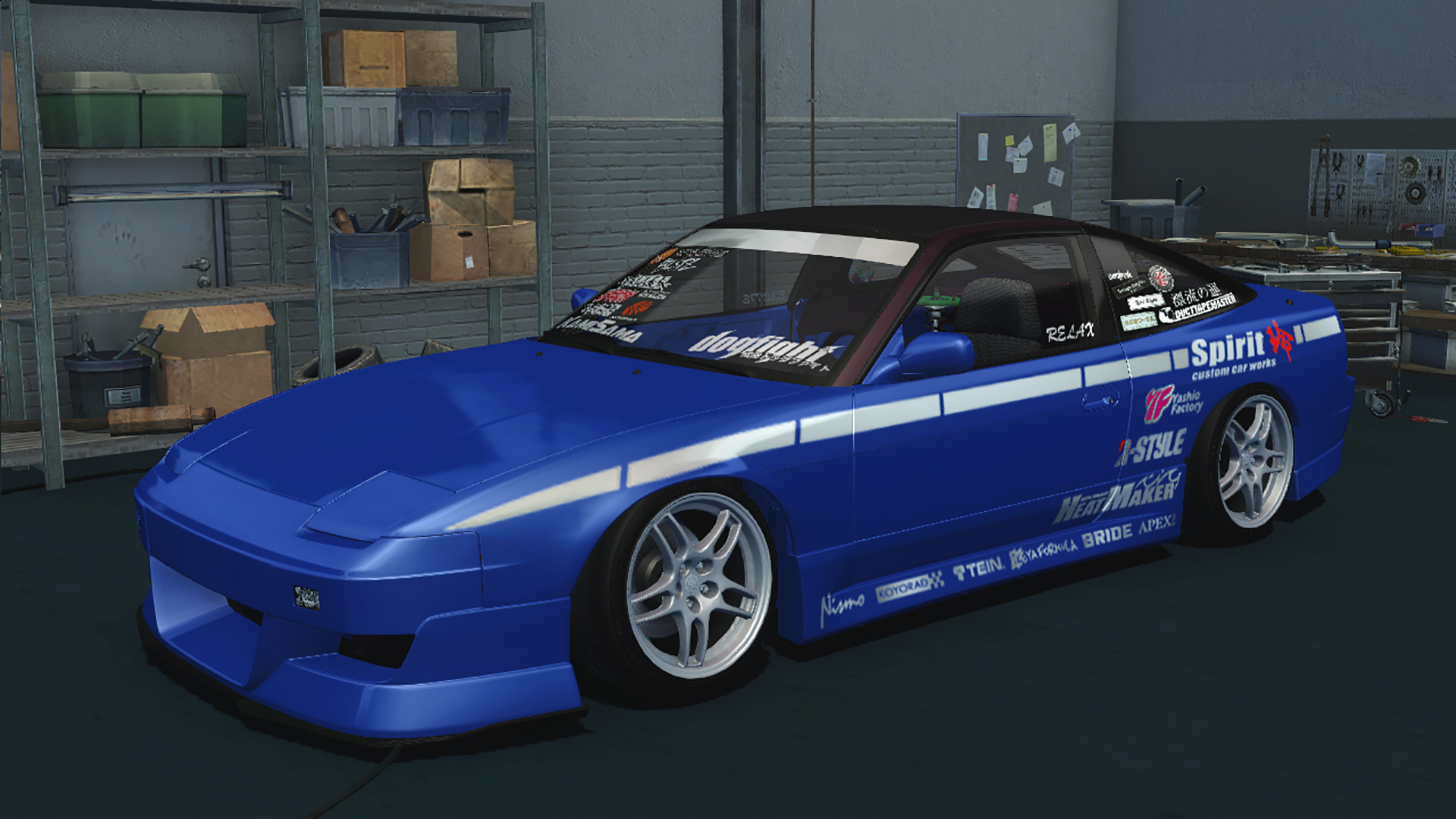 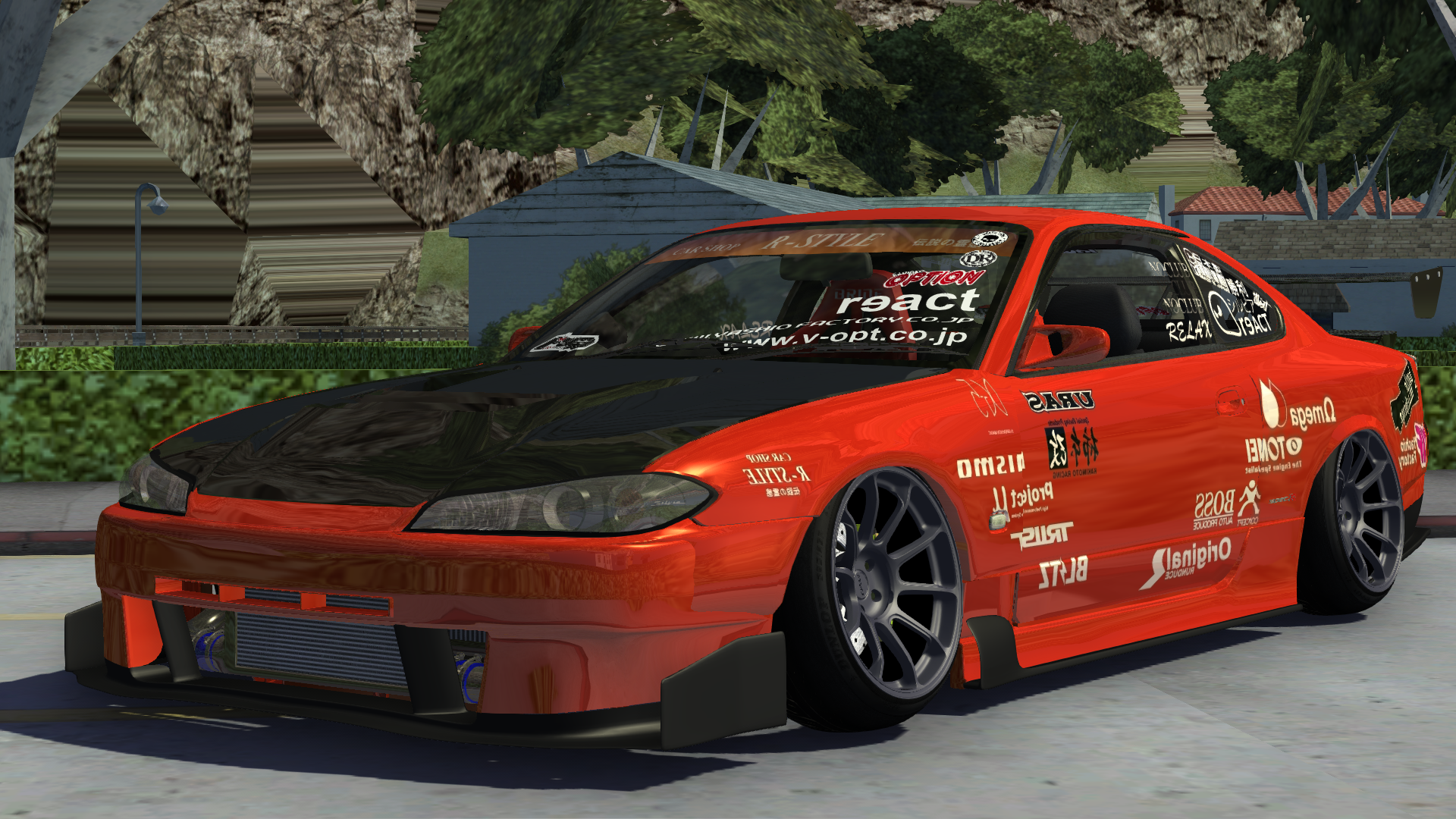 My old buddy Ward wants me to help him restore his slammed Celsior with 1 million kilometers down the clock.. What could possibly go wrong?

But what have I been up to personally besides the shop?

Well some months ago I joined the guys of Kami-Sama at the Summer Matsuri at Ebisu! I've been there the last couple of years aswell but this was the first time of me actually joining the absolute mayham that is Ebisu Matsuri. The thing is - If I say "I joined" some of you might think what car I've used to drive on Ebisu. I would've had to use the 180sx but that would've hurt me extremely hard if I'd total it at such an event. It's way too clean for that lol. So I had to get something different thats not too close to heart that I can trash around. Something that I can set into a wall and just bang it out later. Remember Randys S14? I mean its literally shown at the top of this page so this buildup was pretty unneeded lol. But yeaahh...

This thing is now officially mine! And it's EXTREMELY fun to drive! Especially at such an rowdy event.

If I say this thing is an absolute blast to drive - I REALLY mean it! The setup is super responsive and really nice to predict. It was extremely easy to chuck this thing around the whole track. Small problem regarding this update btw - I and the guys only managed to get shots of the car at Ebisu Minami. I did end up driving North course a lot aswell tho don't worry!

Might have gotten a bit too rowdy at some points lmao. But this is exactly what this thing is for. Just pushing the limits without worriying about the car too much. Though I will try to keep it somewhat clean as possible.

Picked up the bumper after those shots and let the car cool down for a bit. Speaking about cooling - I should probably tell you guys a thing or two about the setup.

If you want a quick and small list of everything that was changed regarding the engine and suspension just scroll up to the MACHINE CHECK of the S14. On there I talked about how this chassis has a small cool history. And it does. This thing was actually built as a training car by both the guys at Yashio Factory and N-Style! They tried to make it as reliable as possible to get as much action out of it as possible. And it actually worked out perfectly fine! Of course the engine and suspension had to get some fixes here and there but thats totally normal on a hard used drift car of course.

Engine wise its pretty much stock. It mostly just has some "reinforcement" mods done to it that also helped gaining some power. Apparently it now has about 330ps instead of the stock 220ps. This is all thanks to the A'pexi Power FC, Blitz Intercooler, some bigger injectors and some cooling mods. That's it. But it also doesn't need more. The powerband is perfectly fine to me.

The suspension also feels super rigid and dialed in. Of course the HKS Hipermax coils aren't the newest thing on the market but oh boy do they feel good in this thing! And the combo of the Naoki Knuckles and D-Max tie rods give this thing a HELL lot of angle! I'm not skilled enough yet to pull of super high angle (or even backwards) entries yet but it definitely helps to have suspension parts like that installed.

Only kind of sad thing tho - This thing is obviously not registered. So I can't really get this thing back to the shop. But instead I can keep it at the Powervehicles garages right at the Ebisu komplex!

I don't wanna stay at somewhat sad topics but... Let's get to the most neglected of them all. The FC.

I'm still super in love with how it looks and feels. Everything just fits perfectly together and the rotary is still running totally fine. But I feel the need to change it - but I also don't want to change anything. I don't know. I love it dearly but.. Maybe it's time to let go? If you want, hit me up with the right offer and it might be yours..

But on the other side - Let's get to the most loved and driven of them all - The mighty S13!

This thing hasn't changed that much but it still got some stuff done to it. Most noticable of them all - The livery is gone. Long Story short, I wasn't feeling it anymore lol. Now that I removed it I almost like it more than with one. But I might still try to throw something together if I feel like it.

Another BIG noticable difference are the new Ganador goodies. I managed to find some Ganador side mirrors and rear lights. The mirrors will definitely stay. Not too sure about the tails yet but they do a good job of changing up the look a lot. However I did end up tinting them just the slightest bit so the chrome is not too abnoxious lol.

But I guess that's about it! This might be my biggest update ever text and picture wise lol. But its always fun to see your guys' reactions on these. So I really hope you guys enjoyed this one!


Seeya soon!
(( genuinely don't have a clue about what to do with my money because you guys keep spending way too much at the shop so no update on that rn soz ))
Top

Ayeee welcome back on the forums!
Your car collection is as tasteful as it always was

Aaaaand u finally managed to get ur hands on a seat time car!
Reminds me of my own S14 way back when i got it as my first car
And imo that 180 looks way better left blank!
ROLEPLAY!
Top

Yooo the FC and 180 looks sooo damn good as always!

The 180 still looks gorgeous even without livery I should say

And it was an honor to run alsongide you in the S14 as well! Sad to see you can't brought it back home, but I'm glad Andy and co. at Powervehicles are kind enough to give a space to the S14

Oh i haven't heard from you in a while! Well what matters is that all of your rides are looking as fine as ever. And like Niatross said, your S14 reminded me of mine when it was in 50 shades of black haha, but you've seen how it looks now at the track!

Ayyy man that's a very nice s14 you got there, and the 180 ah really looks nice even without the livery, ganadors fit it very well not sure about the tails but they aren't bad. Sad to see your fc go but i understand you

Love that rx7 cant wait to see your plans

Welcome back bud, 180sx is really stylish i dig it.
Your s14 us looking mint, ahh you don't know for how long i've wanted a s14 myself. (OOC) my current slrr version wont run the s14 mod, it crashes..

Lemme cop that FC sir lol jk I don't know jack about rotaries it'll probably explode in my hands. I think you should keep it though! Ehem ~PANDEM~ ehem

S13 ah yes, one of the simplest on the forums, but at the same time one of the most EPIC, S14 too as it may not be the hottest (even though the style is actually on point lol), but it performs like a mf BEAST